No one belongs here more than you

One reason Helena and I would never be close friends is that I am about half as tall as she. People tend to stick to their own size group because it’s easier on the neck. Unless they are romantically involved, in which case the size difference is sexy. It means: I am willing to go the distance for you.

Are you angry? Punch a pillow. Was it satisfying? Not hardly. These days people are too angry for punching. What you might try is stabbing. Take an old pillow and lay it on the front lawn. Stab it with a big pointy knife. Again and again and again. Stab hard enough for the point of the knife to go into the ground. Stab until the pillow is gone and you are just stabbing the earth again and again, as if you want to kill it for continuing to spin, as if you are getting revenge for having to live on this planet day after day, alone.

He seemed to have all the time in the world for this, my God, did he have time. I have never taken such care with anything. That is my problem with life, I rush through it, like I’m being chased. Even things whose whole point is slowness, like drinking relaxing tea. When I drink relaxing tea, I suck it down as if I’m in a contest for who can drink relaxing tea the quickest. Or if I’m in a hot tub with some other people and we’re all looking up at the stars, I’ll be the first to say, It’s so beautiful here. The sooner you say, It’s so beautiful here, the quicker you can say, Wow, I’m getting overheated.

Fra The Man on the Stairs

We were excited about getting jobs; we hardly went anywhere without filling out an application. But once we were hired-as furniture sanders-we could not believe this was really what people did all day. Everything we had thought of as The World was actually the result of someone’s job. Each line on the sidewalk, each saltine. Everyone had rotting carpet and a door to pay for. Aghast, we quit. There had to be a more dignified way to live. We needed time to consider ourselves, to come up with a theory about who we were and set it to music.

Fra Something That Needs Nothing

I’m not sure I could care for a pet. I travel a lot.

But you could get a very little pet that wasn’t very hungry.

I knew all about those things that weren’t very hungry; my life was full of them. I didn’t want any more weaklings who were activated by water and heat but had no waste and were so small that when they died, I buried them only with forgetfulness. If I was going to bring something new into my home, it would be a big starving thing. But I could not do this. I didn’t tell the boy, because I was just his dog-believer.

Fra The Boy from Lam Kien

She never inquired, but she never recoiled either. This is a quality that I look for in a person, not recoiling. Some people need a red carpet rolled out in front of them in order to walk forward into friendship. They can’t see the tiny outstretched hands all around them, everywhere, like leaves on trees.

When my husband saw the new short hair, he gave me the look we give each other when one of us forgets who we are. We are not people who buy instant cocoa powder, we do not make small talk, we do not buy Hallmark cards or believe in Hallmark rituals such as Valentine’s Day or weddings. In general, we try to stay away from things that are MEANINGLESS, we favor things that are MEANINGFUL.

Tom began screaming, and I wondered if the baby’s soft brain was, in this moment, changing shape in response to the violent stimuli. I tried to intellectualize the noise to protect the baby’s psyche. I whispered: Isn’t that interesting to hear a man scream? Doesn’t that challenge our stereotypes of what men can do? And then I tried, Shhhhhhhhh.

Fra How to Tell Stories to Children 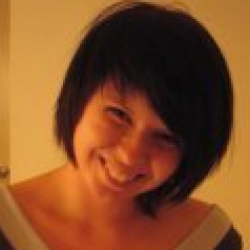